Ophrys is the most important and interesting group of terrestrial orchids. The species of this genus is unique: you cannot meet anywhere else such unusual and bizarre flowers and so subtle ways to attract insect pollinators. From an evolutionary point of view the genus Ophrys is very young and has almost no relatives among the other members of the orchid family. 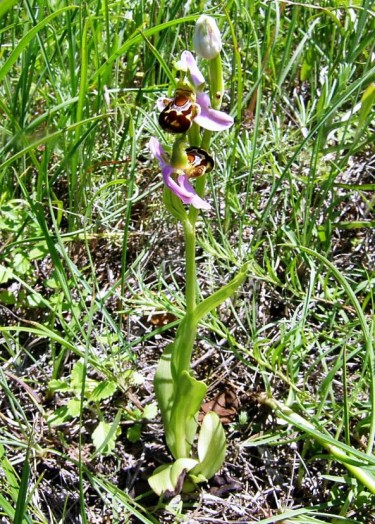 Distribution: Europe, West Asia, North America, the islands of the Mediterranean. The Greek name of the genus Ophrys means “eyebrow”. This name was first mentioned by Pliny, in the “Natural History”, written in I century. 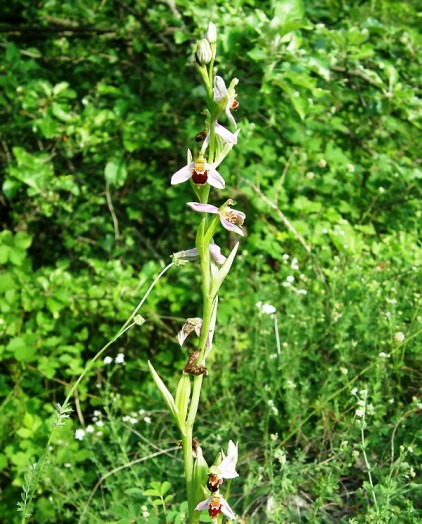 This genus includes about 140 species of herbaceous, terrestrial plants, they die off every year, leaving only fusiform underground tuber in the winter. Thick big lip is painted in rich brown, red-brown or yellow color. In the center of the lips there is distinctly decorated zone of sparkling metallic, bright blue or purple color, marked by lines and patterns. Wide edge of lip is velvety by the touch, sometimes the edges of lips are covered with fringe of thick, dark hair. In other words, the flower looks like an attractive female body of bees or wasps. Flowers also produce aroma reminiscent pheromones of ready to mate females. 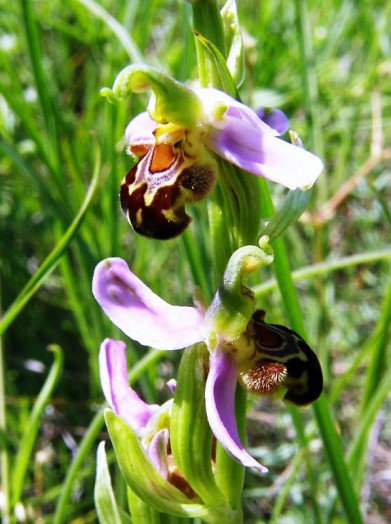 There are varieties of Ophrys with flowers in the form of beetles, spiders, bees, which have developed amazing devices that provide guaranteed pollination of flowers. Scientific studies have shown that the flowers are pollinated by male insects, deceived by plants, seductive flowers so resemble the females. 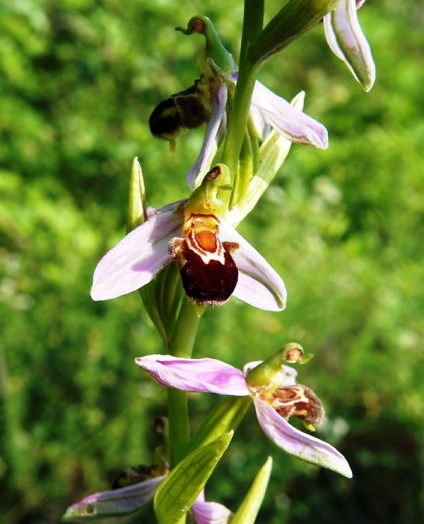 Charles Darwin, the famous scientist who developed the theory of evolution after a five-year cruise, wrote that no object was interested him as much as the orchid. Indeed, Darwin used these plants to illustrate his theory in his book “The Origin of Species,” published in 1859. 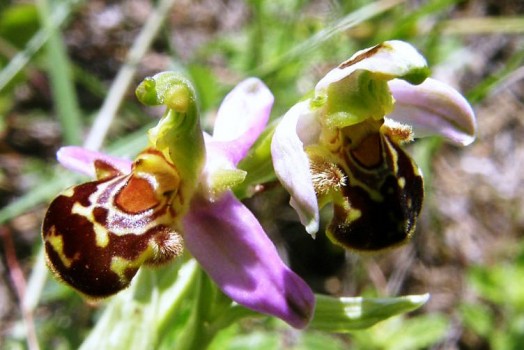 Three years later, he published the book “Some devices by which orchids are pollinated by insects, and the use of interbreeding”. Only the extraordinary abilities of Darwin to observation and analysis helped to understand the mechanisms by which orchids make insects to pollinate their flowers. He studied a curious way of reproduction Ophrys Apisfera and others, took a walk through the meadows and woods of rural England. Darwin also studied a wide range of exotic orchids, which were  supplied by the growers and scientists of that time. 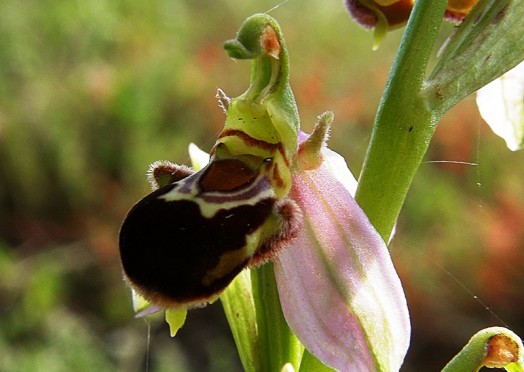 Ophrys insectifera is extremely rare plant with unusual shape and colors. It has almost spherical or oblong root tubers, with a diameter of about 10 mm (0.4”). Plant is up to 40 cm (17”) in height. About 20 flowers are located one by one on the stem in the form of a rare spike inflorescence (flowers resemble sitting flies). Lip is three-lobed, velvety-pubescent, with bluish bare spot in the middle. Blooms in June. Pollinated by burrowing wasps. It is common in Europe and Asia Minor. It grows in moist, boggy meadows, fens, sometimes in the bushes, on the bottoms of old limestone quarry, mainly on calcareous soils. 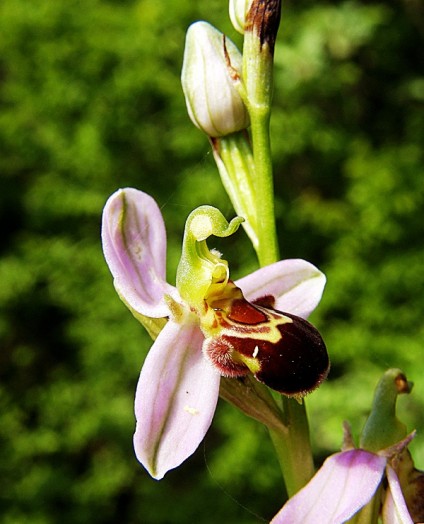 Bee orchid (Ophrys apifera) with nearly spherical root tubers, with a diameter of 1 cm (0.4”). Stem is 20-25 cm (10”) tall, with 4-7 blue-light-green leaves, the lower leaves are broadly, pointed, 5-10 cm (2-4”) long, the upper ones are more small, at the base are amplexicaul. Inflorescence is lax, has 3-8 flowers, up to 18 cm (6”). Lip is convex, dark purple-brown, velvety lowered, broadly, with the lateral lobes ovate-triangular, at the base has almost square yellow-brown spot, surrounded by a narrow double yellow fringe. It flowers in May – June.  It grows in open forests, forest edges, thickets, dwells on limestone. 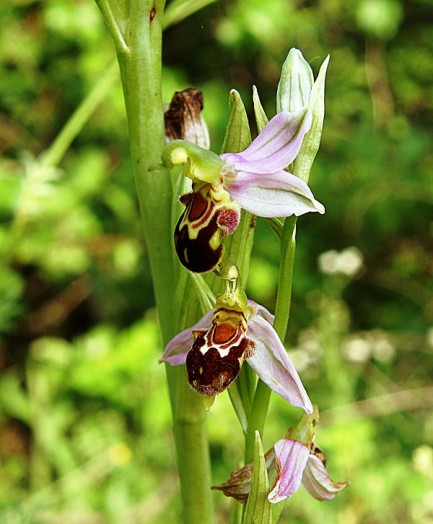 You can meet it very rarely, it is under threat of extinction. Many species of the genus become rare because of the ruthless collection of their characteristic, interesting and attractive flowers.

Growing conditions: part shade, well-drained soil, abundant moisture during the growing season, after flowering – a dry rest period. It is relatively cold tolerant. If the orchid grows in a pot, the end of summer or early fall – the best time for transplanting of tubers and separating new tubers.