Scientists made at the Department of Plant Protection, University of Udine (Italy) an research about the application of certain doses of biologically inherent to bees substances (heptadecyl) in laboratory and field conditions, and they came to the following conclusions: heptadecyl stimulates egg laying of a queen, it is bee repellent (control group families was more contaminated with varroatosis). 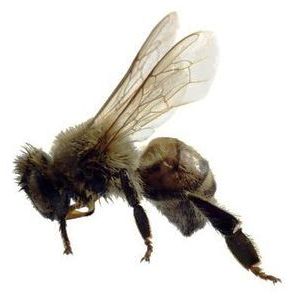 Varroatosis is a dangerous disease of bees, which causes heavy losses of apiaries. In recent years, some of the substances have been found, which are repellents for this tick , in particular the secret of Nasonov gland. Bee venom and royal jelly have similar effects. Another study showed the possibility of usinf  of specific tick repellent -Z-8-heptadecyl. This substance belongs to the group of alkenes, it is secreted by adult bees, so the mites prefer to parasitize young individuals.

Studies of the use of certain doses of organic substances peculiar to bees (heptadecyl) under laboratory and field conditions can give interesting solution for alternative methods of control of varroa mites.

For field trials on an experimental apiary they have created groups: control and experimental. They removed all the frames with brood and then formed the experimental group. Each family had six frames. They were two days in this state, until the appearance of new eggs.

The first feeding was made in two days after the organization of groups. They installed plastic trays to collect the fallen mites. Second feeding was given a week after the first. Before that, the family was tested for feed consumption. For the third time the family were fed a week after the second feeding. Before this it was determined the eating activity, as well as parasites on pallets.

The day after the third feeding early in the morning they photographed cell framework for the subsequent calculation of the number of bees in the hive. Put away used pallets and set new ones. All frames with brood were seized and frozen in the refrigerator for later determination of infestation with varroatosis. Then treated a family with oxalic acid twice. After each treatment they took trays for counting parasites.

According to the study, there were more brood in the experimental group of families. It can be assumed that the quantity of family heptadecyl affects this indicator. Perhaps the substance, characteristic of adult bees, was localized in the young specimens, thus falsely informing the queen of aging of family. This served as the chemical and biological incentive to increase its laying eggs, so at relatively same force of families – the families in the experimental group had more brood.

In the control group, in one case mite strictly went only to the cells, in the other – remained on the bees, and went to the cells. However, it is impossible to refer to a control group, since it is known that in natural conditions heptadecyl is contained in flying bees and can be assimilated by nursing bees. Thus, the natural content of heptadecyl could affect these results.

Number of mites, dead on plastic pallets, shows that ticks affects mainly bees of control groups. After treatment with oxalic acid there is more parasites on pallets in the control groups than in the experimental group.

In calculating the total brood infestation it was marked feature of the biological distribution of Varroa mites in bee cells – it depends on the number of parent bees. It is inversely proportional, that is, the more parents in the cell, the fewer offspring they produce.

Thus, as a result of this work it can be concluded that heptadecyl stimulates egg laying of a queen, it is repellent, as the control group was more infestated by varroatosis.

Also there were experiments with the use of electromagnetic fields as a bee repellent.

Scare of the food source. Study was conducted on bees visiting the feeder, filled with 50% sucrose solution or honey. Plastic feeder of 8 cm (3”) was placed in the center of the glass base. On both sides of it there were hung on insulators two metal plates 0.5×0.5 m (20”) They were arranged parallel to each other at a distance of 0.5 m. Turning on 400-600 V/cm encourages the bees to fly up from  the feeder. 50-120 individuals flew up within 3-10 seconds. However, food motivation is more important than electricity. With its long-term using the bees, flying 3-5 minutes, started to sit on the feeder. In this case, they , are excited in contact with each other stronger than in normal conditions, often took off, but still continued to take food.

Activity of covering walls with propolis. An indicator of the negative attitude of the bees to the electricity is the sharply rising activity of covering the hive with propolis. In this case, they sealed with wax and propolis not only cracks in the joints parts of the hive, but also the entrance. Interestingly, that not all families who are subject to the same action, respond with a higher activity of propolis using. Approximately 20% of colonies had the usual propolis activity.