Categories: All about bees, Bee art |

Bees are the true fount of very positive symbolism. Bee represents such fine moral qualities like hard work, diligence, wisdom, spirituality, humility, modesty, humility, communication, physical and spiritual cleanliness. Little proud bee is a symbol of courage, dignity and dedication, because it always stands up for itself, though, if it stings the enemy, it kills itself. However, only a fool would condemn the bee sting, because its poison in contrast to the black mamba, viper or scorpion  venom is not dangerous, but curative.

Useful waste products of bees have made it as an emblem of eloquence (honeyed speeches) and education (due to wax that is used in making candles).

In mythology, the bee looks like a divine creature, companion and assistant of immortal gods. Its very origin is often surrounded by a halo of sanctity, according to ancient Egyptian mythology, bees were born from the tears of the sun god Ra. 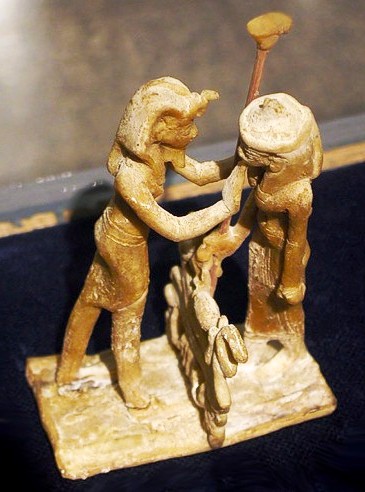 In Hittite mythology bee is a savior of the world from the drought, and in the Greek – the nurse of Zeus, harvestedsupply of honey and wax for the winter. Honey of wild bees of mythical Golden Age is ambrosia – food of the gods, bestowing immortality.

Every nation, engaged in beekeeping, had similar beliefs about the gods – the patron saint of bees. In gratitude for their patronage the people sacrificed their first pitcher of fresh sweet honey. 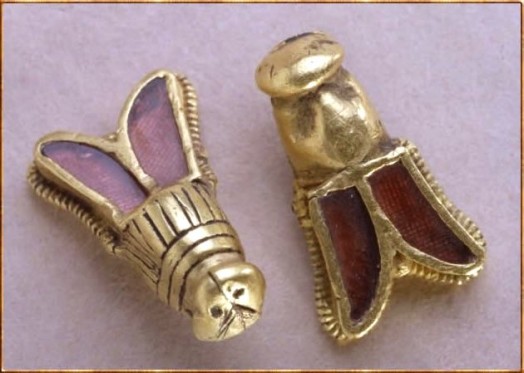 Bees were the companions of some ancient goddesses: the Phrygian Cybele, the Greek Artemis, the Roman Diana, priestesses of the goddess of fertility Demeter were called “the bees”.

In the religion of the peoples of the world the image of honey insect was idealized, they often mistakenly attributed wrong characteristics to a bee. So, some people mistakenly took her hibernation for death , portrayed a bee on the tombstones as the emblem of the resurrection, and the Greeks, the Aryans and Muslims made it an allegory of the pure soul.

Christians, too, have fallen into this kind of error: they believed that the bee breeds by chastity, they made it a symbol of the Immaculate Conception and emblem of the Virgin Mary sinless.

Bee was idealized many Christian church fathers. The famous preacher, Bernard of Clairvaux, for example, saw in it the embodiment of the Holy Spirit. Finally, Christianity closely linked the image of the Saviour Himself with a bee: its honey was associated with the grace of Christ, and the sting – with his sufferings.

In Hindu iconography a bee is a symbol of rebirth of powerful gods. A certain deity matches an emblem: a bee sitting on a lotus –  Vishnuб bee over the triangle is a distinctive sign of Shiva, while the blue bee on a forehead – the emblem of Krishna.

In the Blue Masonry bee is a symbol of industriousness. Brothers of the Order were sometimes likened to these diligent insects, and Masonic Lodge – the hive, where their tireless work is constantly boiling .

In the military of ancient and medieval bees were often used as living weapons. One of the most striking examples brings us to the romantic era of the Crusades. At the time of the Third Crusade the troops of Jerusalem, French, English, Danish and Flemish Crusaders nearly two years unsuccessfully besieged the Saracen castle Accra on the coast of Syria. The situation changed when in the summer of 1191  the famous English King Richard the Lion Heart arrived to the camp of the Crusaders at Accra, amazed the contemporaries by his enormous physical strength, reckless courage and unbridled imagination. Before the final assault by the order of Richard the catapults threw into the Accra castle hundreds of bee hives. When the knights went on to attack, the Muslims was not up to them: a crazed by bee stings Saracens fled in panic, and armor protected Crusaders could not be afraid of retaliation by angry insects. So bees helped Christian to take the strongest citadel in Syria. 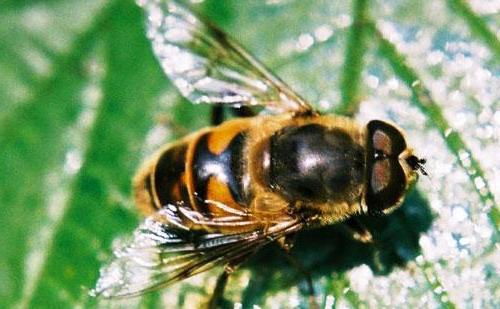 In the ancient East a bee was a symbol of royal power, and in the period of the Old Kingdom, it was also the emblem of Lower Egypt.

Golden Bee was the personal emblem of King Chilperic (539 – 596) and the great Napoleon Bonaparte. In 1804, during the coronation of Napoleon, his purple imperial robes were embroidered with golden bees.

In the Middle Ages the deeply symbolic emblem of  beehive had a great popularity.

Here are some omens or signs of weather:

If the bees are buzzing in the morning and do not fly out of the hive, then bad weather is approaching.

If the bees leave the hive, fly far, expect rain.

If the bees work tirelessly from early morning until late at night, expect bad weather.

If the bees stop working early, then the next day will be fair weather.

Bee represents hard work, diligence, organizational and creative skills, cleanliness, sociability, modesty, spirituality, courage, wisdom, dedication, eloquence (“honey of speech”). In Greek, Middle Eastern and Islamic traditions a bee is an allegory of the soul. Chinese associated bees with the volatility of “discerning brides”. The ancient Slavs made it a symbol of love, as it combines the sweetness of honey and bitter of a sting. The queen bee, the mother goddess is symbol of supreme power, fertility.

In some traditions the bee was a symbol of the sky and stars, participated in the creation of the world, it was on God’s side against the evil spirit.

Pythian prophetess was called the “Delphic Bee”, they attributed the ability to divination to bees. 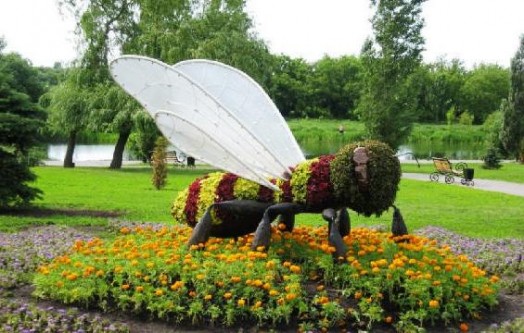 In Orphic teaching bees were considered the embodiment of the soul, because they are moved as a swarm, like souls which are like a “swarm” separate from the Divine One.

Celts believed that bees transferred secret wisdom, coming from another world. The Germans called the air filled with the souls of the dead – “bee path” .