According to scientists, the first insects of the Hymenoptera were found in the sediments of the Jurassic period, so they live on the planet for 150 million years. As for the bees, they appeared about 50 – 80 million years ago. Their evolution was together with the evolution of flowering plants, because the change of flowers effected on the development of bees. Currently there are more than 20,000 species of bees, which are combined into nine families. 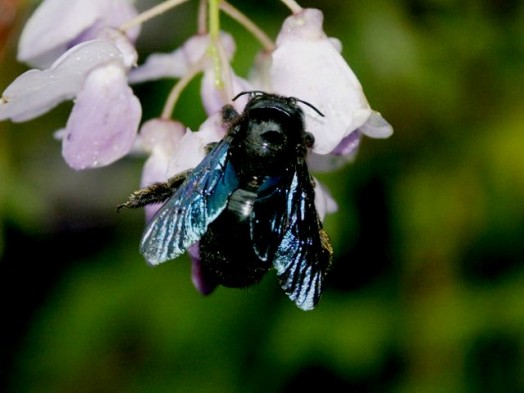 One of them – antoforid and one of them –  boring carpenter bee, written in the Red Data Book. In fact, it even looks unusual – a sort of “burning brunette” with huge black eyes and iridescent blue-purple glitter wings. You can not notice  the beauty of it: first, the carpenter bee is heavyweight and twice bigger than the normal honey bee (up to three centimeters in length (1.18”), almost like a bee, just black), and secondly, it makes such a powerful buzz, like a flock of flying madly noisy insects. Character (if you can say about the bee) is Nordic,  do not pay attention to people, and even if it accidentally crash into the person – carpenter bee does not sting the offender but peacefully flies further. 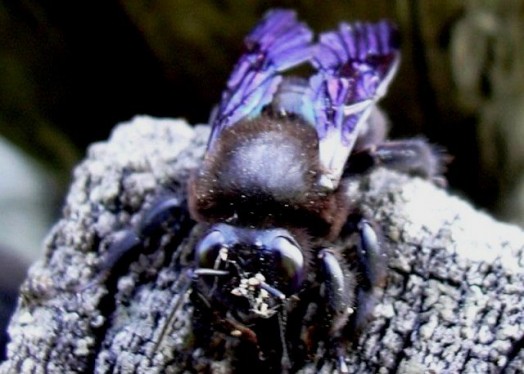 But why “the carpenter“? The explanation is simple – this bee can not imagine its life without the wooden objects, in which it breeds. For the preparation of the nest, “carpenter” gnaws in wood (prefer the old, soft and dry) long tunnels, building there some sort of a block of flats – with ceiling and floor, dividing room-cells. Larvae develop there  – from egg to finished bees. Carpenter bee is a protected species. It is noteworthy that all attempts to tame this bee and breed it at home are without success. 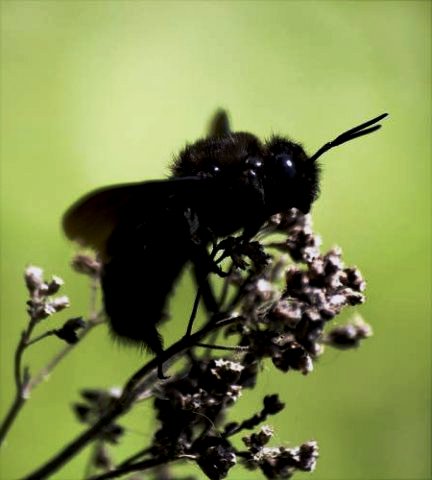 This species tends to the warm climate. But in recent years the temperature is higher, andnow a carpenter bee can be found closer to the northern areas. 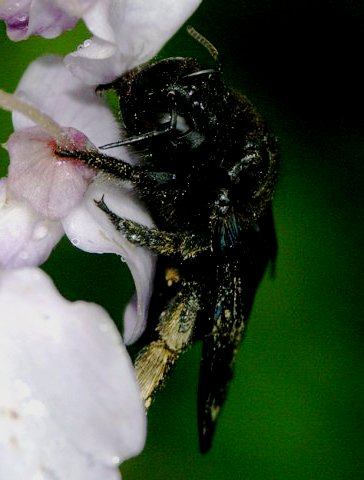 Carpenter bee can be found on the edges and clearings of old forest on the slopes of forested ravines and gullies, in the villages of farmsteads, on wood stock and even on telephone poles. Urban bees carpenters love to feast on sweet flowers of yellow acacia. Most often they are found in May and June, during the active summer, but sometimes even in August. Actually, “carpenter” is not honey-bee. This bee is rather single,  it does not form huge families with queens, so that you can not take the honey from it. 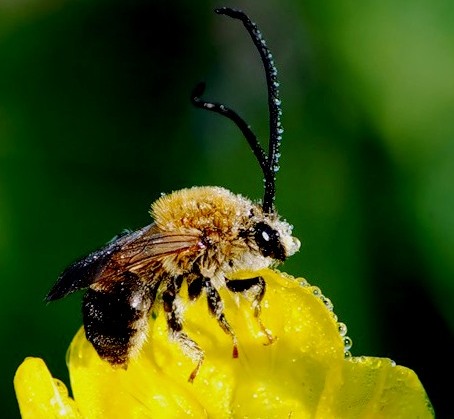 The carpenter bee sting can not be compared, for example, with a hornet, and even ordinary bee stings harder. In the spring, during the breeding season, “carpenter” can be found on the old log houses, log cabins. In recent years, there is an increase in numbers of these bees – experts attribute this fact to the growing number of abandoned villages and old houses.