Brushy mountain bee is common and well-known gray bee.  Biological and economically useful characteristics of this breed of bees are significantly different from the others. In particular, they are highly entrepreneurial in finding sources of honey, the ability to productively use a relatively weak honey flow, they easily switch from one source to another, which has a higher concentration or the available nectar. Brushy mountain bees – are best pollinators of red clover and gatherers of nectar from it. They have no equal in the world. This breed has a lot of breeding populations outside of their natural dispersal, particularly in northern areas with harsh winter conditions. 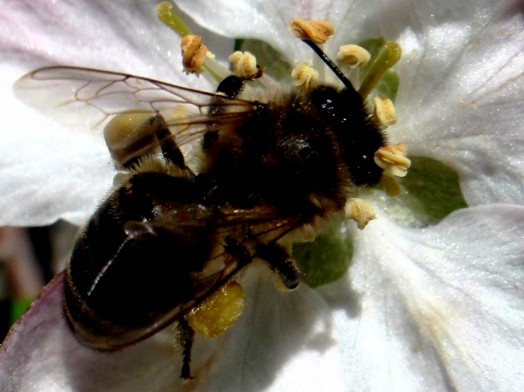 Body weight of a working bee  is 75-90 mg, length of the proboscis is 6.8 – 7.2 mm (0.3”), in some families even 7.5 mm, that is, these bees have the longest proboscis of all known honey bees. This allows them to collect nectar from honey plants that have good nectaries.

Mass of barren queens in average is 180 mg, fertile – 200 mg. During the period of intensive brood rearing queen lays up to 1,500 eggs a day. These bees are peaceful, do not stop to work. 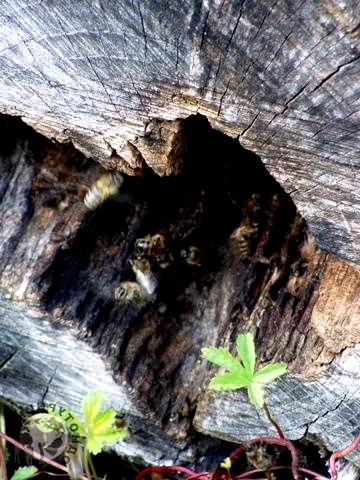 Summer jobs start earlier than of other breeds and end later. In spring and autumn, they make cleaning overflights at low temperatures. During the honey flow they can work on harvesting nectar in foggy weather and even in the rain, when the bees of other species do not work. Sealing of honey is dark and wet due to the lack of air space between the honey and wax in the cell cover.

A feature of these bees is that just brought nectar they lay in the empty cells in brood part of the nest, that is, they limit the queen in laying eggs. So while increasing of amount of the bees in the spring and early summer you should add combs, and during the honey flow – artificial honeycombs, but not on the sides of the outer frame of brood, but in the middle of the brood part, providing queen with empty cells to lay eggs. This way you can build up a large force for the honey collection.

In the period after the honey harvest the limiting of queen to lay eggs can be used to produce more honey. As the number of brood decreases, much of the worker bees switch to collect nectar, which contributes significantly to the productivity.

These bees do not like to swarm, only 3-5% of the families of the breed have this instinct. Family lays only 5-10 swarms queen cells. Preparing the family to swarm is easily interrupted, cutting queen cells with simultaneous adding of expansion slots. However, they have quiet replacement of queens. Negative feature is low hardiness. Therefore, when you breed mountain bees, you should create special winter conditions. In particular, there should be no honeydew in the winter feed, they have to spend the winter at low temperatures below 4°C (40 F), on the extended slots, with increased ventilation. It is necessary to finish wintering storage of the bees at an earlier date, the bees should have time to fly before first warming. 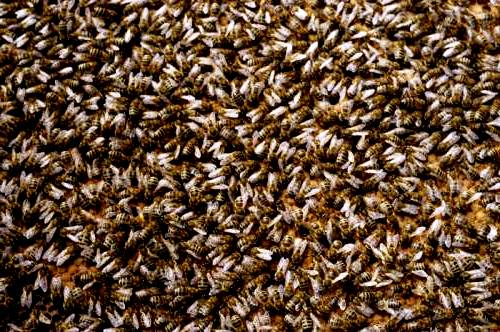 If the bees have unfavorable wintering, they will feel much better if you open them earlier.