Here we speak about how to identificate the type of bee. Along with wasps and ants bees are part of the order Hymenoptera (Hymenoptera), standing inside as a special superfamily of bees (Apoidea).The following are the most important different types of bees.
Colletidae.Representatives of this family are found in temperate and tropical areas, and, like some other ancient groups are particularly well represented in Australia, southern South America and South Africa. Sometimes referred to as “bees plasterers“. They are single, small, black (sometimes with yellow hairs on the head), very “hairy” insects with pollen baskets on their hind legs. Proboscis is short and wide, like a wasp’s (some  are remarkably similar). Nests are burrows with multiple cells. They use a tongue as a brush, covering them inside with a transparent film. 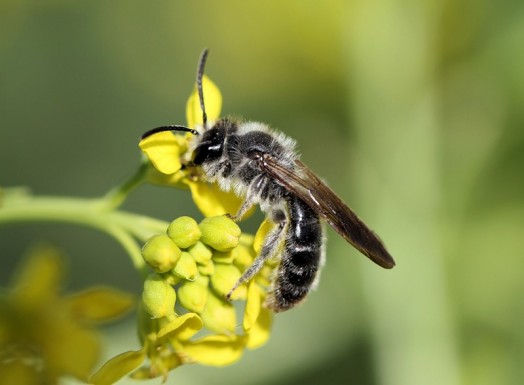 Halictidae. They are huge, spread all over the world group. Some are called “sweat bees” because they are attracted to sweat, acting on the body of mammals, including man. Species of the family are small, black, with red or yellow markings and a short sharp tongue. They live as Colletidae, in holes, but the cells are covered not with the film but wax. 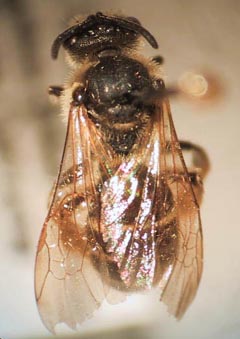 Andrenidae. Important for the Northern Hemisphere group, is absent in Australia. This is a medium-sized bee, black with red or yellow markings, very hairy, with short sharp tongue. They build nests in burrows, sometimes forming aggregations, cells are lined with the wax. 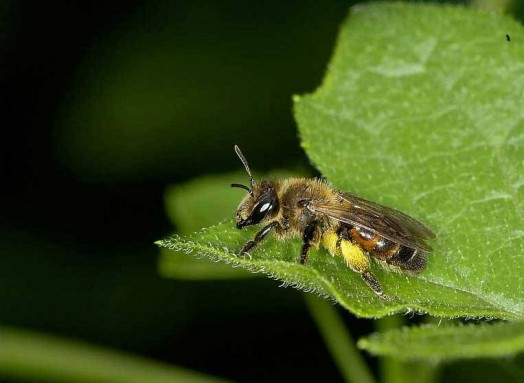 Megachilidae. A very large group, spread all over the world, including, in particular, leaf-cutter bees. Insects are medium – large size, hairy, black, blue, green or purple, with long, thin tongue. Usually they do not have the legs baskets that are replaced by special hairs to collect pollen on the lower side of the abdomen. These solitary bees use to construct cells pieces of leaves, “felt”, matted from hairs of plants, resin and other materials collected, but not secreted wax. 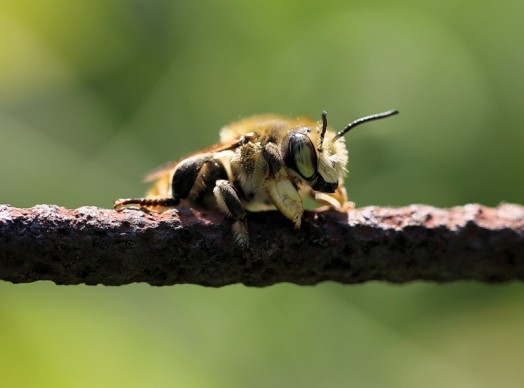 Apidae (real bees). A very large and heterogeneous family, spread all over the world, but poorly represented in Australia. These bees are small – medium sized and they lead single, public or parasitic life. “Cuckoo bees” – parasites that live in the nests of other species of bees and use someone else’s food, thus resembling cuckoo. They are slightly hairy and resemble wasps. Bumblebees – big, hairy, black with yellow markings, on the legs there are pollen baskets, usually long tongue. Arrange underground nests, often in abandoned rodent burrows. Bumblebee family live there only one year. Carpenter bees resemble bumble bees, but not as big and hairy. They nest singly in dead wood (eg in old trunks or columns), and the cells are built of its pieces, mixing them with wax. Honey bees are much smaller than bumble bees and carpenters, and not so hairy. On hind legs there are pollen baskets. The tongues are not as long as of bumblebees. In nature, often make their nests in cavities of tree stumps, tree holes or caves. Their families live a few years. 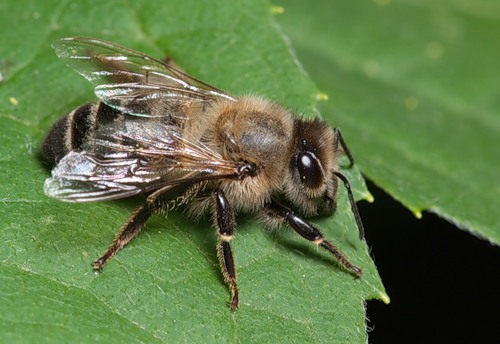