Heather honey – bees make it from the nectar of small pink flowers of branched evergreen shrub ling (Galluna vulgaris). Heather honey is a dark, dark-yellow and red-brown in color, with a sharp flavor and with a tart bitter taste. After crystallization it becomes reddish-brown. If we look the heather honey crystals under the microscope, they, unlike other varieties, have a needle-like shape. It is less hygroscopic than the other floral honeys. It has the ability to quickly thicken in the comb, is gelatinous and sticky, so it is bad pumped to extractor. Heather unprocessed honey is very viscous, slowly crystallized. Ill-suited for wintering of bees. Compared with other honeys it contains more minerals and proteins, so when bees overwintering on heather  honey – diarrhea may occur. If in the fall in the nests  families have heather honey, it is advisable to pump it and better give them the sugar syrup. Heather honey is considered to be low grade honeys. 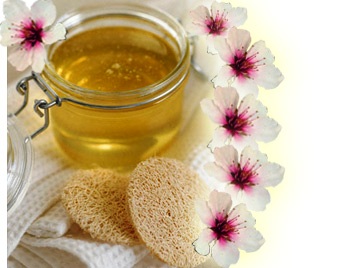 Ling grows in the European part of Russia, in the Ukraine, across Western Europe, found in Siberia, in Minor Asia, in the north and west Africa, in the Azores. It grows in sparse pine forests, sands, burned areas, in peat bogs, tundra and coniferous-deciduous forests. Heather, along with some species of the genus Erica, forms a specific plant communities – large thickets called moors.

Heather – evergreen shrub, it is short, 20 – 70 cm (15”) tall. Crown’s quite compact, almost round. The bark is dark brown. Scale-like leaves, about 2 cm (0.7”) long and less than 1 cm (0.4”) are wide, triangular, sessile, dark green, imbricated-overlapping. Heather flowers on short stalks are gathered in dense racemose inflorescences up to 25 cm (9”) length, they are lilac-pink, rare – white. Flowering time: July – August. Fruits of heather – a box up to 2.5 cm (1”) length, which opens to the partitions. It grows slowly, annual growth – 1.5-2 cm (0.8”). It lives about 30 – 50 years. Reproduces mainly by seeds. Decorative because it has an abundant and lasting bloom and the beautiful foliage. Blooms at 5 – 7 years old, upper lateral branches – 1-2 years later.

The transition to flowering and fruiting is accompanied by rapid growth of the shoots. Usually the main trunk and lateral branches are adjacent to the ground and take root. The latter can be up to 1 – 1.5 m (5′) in length, and a shrub forms a curtain with diameter – 2 – 3 m (10′). With the formation of adventitious roots lateral axis become fragile and brittle. When breaking off and separating from the plant side shoots continue further growth as separate plants. Pollinated by flies, bees, Hymenoptera, Lepidoptera, which are attracted by a lot of nectar. Heather adapted to symbiosis (cohabitation) with a simple mushroom. Mycelium filaments (hyphae) help it to obtain food from very poor soils. It is because of the absence of fungi there is a poor survival of coniferous and ericaceous plants in the garden.

Under heather there is a thin layer of acid-specific soil – dark gray, mixed with white sand, loose, light and poor in nitrogen, potassium and phosphorus.

Valued for it abundant and long bloom in late summer. Heather also gave the name of the first month of autumn in the Belarus (Verasen), Ukrainian (Veresen), Polish (wrzesien).

Heather is a very good honey plant, in the  autumn it gives  productive harvest at a time when others honey plants have faded. Harvest promotes brood of bees for winter. From 1 ha of blooming heather bees collect 60-100 kg (up to 22o pounds) of honey, one family can gather 8-25 kg (up to 55 pounds).

Ling and varieties were cultivated in Europe in the middle of XVIII century. Currently there are more than 300 varieties of heather. 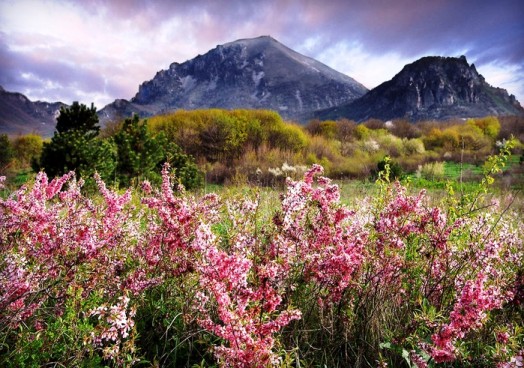 Some recipes of diet meals and drinks:

Heather honey was made famous by one of ballads of famous Scottish poet and writer Robert Louis Stevenson, he told in verse the legend of the ancient people of the Picts, who cooked from this honey intoxicating drink that gives youth and strength.

Once upon a time, long ago in the northern fields of heather of Scotland brave strong people Picts lived . Once they knew the secret of making of miracle drink – heather honey, which gives people the power and youth.

King of Scotland, decided to learn the secret and sent his army to this tribe to learn all about the drink. But the freedom-loving and proud people did not open the secret of beverage preparation and carried it to the grave. The mystery of its cooking is not solved yet.

Robert Stevenson recreated the legend about the tragedy at the heather fields and wrote the ballad “Heather honey”.