Honey as a sweetener

Many people know that honey has appeared a long time ago, and that the ancient people recognized its taste and medicinal qualities.But exactly when and where he appeared – is a question, asked by many fans of this useful product.

First images on beekeeping topics were found in Valencia and Albesete, distant provinces of Spain. In both cases, the primitive artist, using color of yellow ocher, brown hematite mashed with olive oil, painted on the cave gray walls the honey hunters, valiantly climbing the vines to the bee nests, located on the steep cliffs. But the most interesting fact is that when in 1921 the fresco was discovered in the Spider Cave, peasants of Valencia took honey in the same way as their predecessors in the same place 10 thousand years ago.

In the Egyptian pyramids, for example, it has been found the information about the use of honey as a medicine. In the most ancient medical papyri, written 3500 years ago, it has already indicated that the honey is well as the medication for wounds, “to induce urination” and “as a means to ease the stomach.” The same papyrus has a description of the debilitating diseases (“uhet” and “zanoroyd” – special types of tumors). For the treatment of them the drug-containing honey and lotions of honey were used. Also, the ancient Egyptians used honey as a sweetener, and as the gifts to the gods. They baked honey cakes for sacrifice, appeasing the gods. 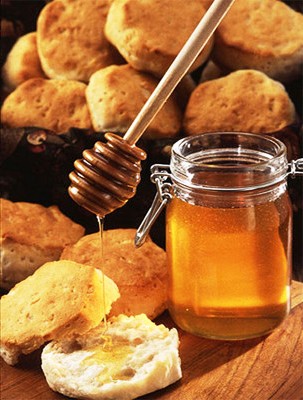 Greeks followed Egyptians, honey was regarded not only as a medical curative medicine, but also as an important food. Greek recipe books were full of sweets and cakes, prepared on the basis of honey. On the basis of curd and honey they prepared cheesecake, Euripides described it in the V century BC. as the “most fully soaked in a thick  honey of golden bee”. The ancient Greek believed that their gods are immortal only because of the “food of the gods”, so-called ambrosia, the most important component of which is, of course, honey.

No less honey was worshiped by the Romans. They also used it as an offering to the gods, and often used in cooking. The Romans knew nourishing, healing and preserving properties of honey. For example, Pliny, in his book “Natural History” wrote that the fish oil is very good with honey to heal the  wounds. A Roman scholar and physician Dioscorides noted that honey was successfully used in the treatment of gastric diseases, wounds and fistulas.

If we move to India, you’ll find that beekeeping was well developed there for 4000 years. And honey, as well as in other countries, had a special place: it was used as an antidote for poisoning by mineral, animal and vegetable poisons. Generally, in India, beekeeping has become a tradition and experience was handed down from generation to generation.

But it is not only Indians who loved honey. It should be noted that the Chinese were familiar with the bees. They loved beekeeping and honey was used as an independent remedy in  the medicine.

Some nations, such as the Celts, knowing the valuable qualities of honey, used it as a bargaining tool. The ancient Germans loved a drink, made from honey and flavored with fragrant herbs. 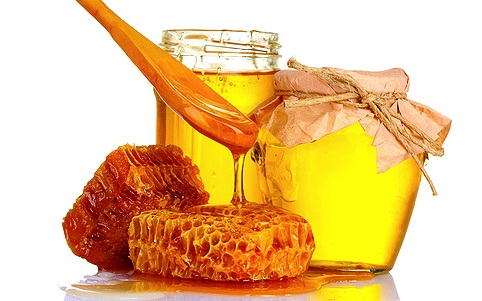 If we take Russia, we can see that Slavs liked honey and so they were always happy to beekeeping. Back in the V century BC historian Herodotus wrote about this passion on the land of East Slavs. In X century  they developed wild-hive beekeeping. And this active exploration of the honey was no accident. They knew nutritional and medicinal properties of honey. It was used almost everywhere: in food and beverage production, and in the treatment of various diseases, and even in the treatment of external wounds such as eczema, boils, etc. No wonder many ancient Russian manuscripts called honey – the most valuable  remedy.

Apparently, honey since ancient times is an indispensable tool. And every people use it for different purposes: some as a delicacy, others as appeasement of the gods, others as a precious remedy. But it is important the fact that to this day it remains the only natural product that has such a broad and unique set of trace elements.

Replacing sugar with honey in the diet has beneficial effects on the formation of the child’s body. It is the best to use honey alone or add it to various foods. This greatly improves the taste of food, significantly increasing their calorie content and nutritional value. With the purpose of treatment it is better to take honey in a solution, with its components honey can easily penetrate into the liver and from there into the blood.

Observations were conducted on 230 children between 7 and 15 years, who received a full meal. 60 children in this group were given one teaspoon of honey every morning and evening. Anthropometric studies, dynamometry, hemoglobin in the blood as well as good health and the absence of diseases in this group showed a beneficial effect of honey on children. Spoon of honey has brought more benefits than 20-25 grams of sugar. Honey is very important for a growing of child’s body as it contains folic acid.

You should give children a teaspoon of honey 2-3 times a day, but no more than 30-40 grams per day.

Everyone knows that the ideal food for infants is mother’s milk. It contains a set of nature and perfectly balanced composition of proteins, fats, carbohydrates, minerals and vitamins, as well as antibodies that protect the baby from various infections. That is, the milk has everything necessary for the proper growth and development of infants. However, is not so rare are cases when the mother does not have enough breast milk to feed her baby and she has to resort to artificial feeding. 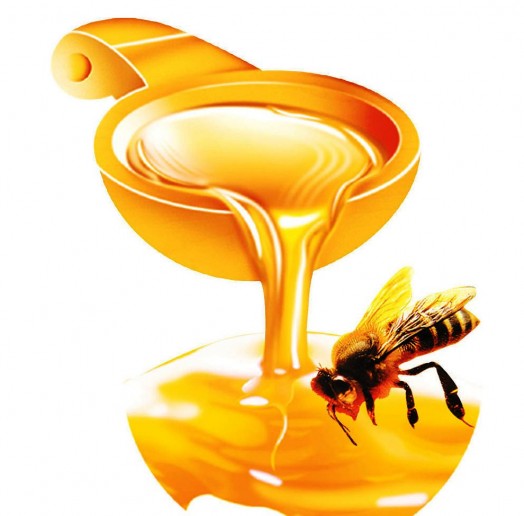 Instead of or as a supplement to mother’s milk is used diluted milk. Cow’s milk is usually sweetened with sugar – glucose. However, many babies need special attention. They can not tolerate some food. Such problems can not occur if the primary “sweetener” is natural honey, which most children tolerate well. It is a great addition to the minerals that are part of the milk.

Honey also contains a small amount of protein, has antiseptic properties, has a slight laxative effect. In addition to these advantages, it has delicate flavor that enhances its taste.

Known representatives of medicine (Ts.S.Dzharvis, F.U.Shults, E.M.Nott and others) advocate the need to use honey as a sweetening component in the diet of children. They express concern that such a valuable food product, like honey, known to people since ancient times, with the development of civilization ceased to have widespread popularity. This is surprising, because honey – a natural, ready for absorption by the body product that does not require additional processing and composed of two easily digestible sugars.

It should be noted that infants (breastfeeding babies) receiving honey, rarely suffer from abdominal pain (gas), as rapid absorption of honey prevents fermentation.

A good way to prevent young childrens’ constipation  is an enema of 15 g of light honey and 100 grams of warm milk.

Also, young children with chronic tonsillitis can lubricate tonsils with aloe juice mixed with natural honey in the ratio of 1:3, every day for two weeks, and in the next two weeks to lubricate 1 times in 2 days.

The procedure is performed on an empty stomach.

However, do not give honey to children with hypersensitivity to it. To determine the sensitivity you should initially give the small amount of honey (half a teaspoon). If there is no diathesis, rash or other manifestations of idiosyncrasy,  a teaspoon of honey a day can be given.

1. Honey – is a Hebrew word that can be literally translated as the spell or something that is endowed with magical powers. Originally they only used honey in cooking as a sweetener, but  now we know its healing properties, so it is included in many of the tools of medical treatment.

2. First mentions of honey appeared about 150 million years ago, they are found in the hieroglyphs. Egyptians used honey as a kind of currency and paid for goods and services, just as the Aztecs used cacao beans. In ancient Egypt they fed the sacred animals with honey, often it was the form of payment of tribute.

4. The customs of the Greeks obliged to present honey to gods and spirits of the dead, this tribute helps to avoid sinful ways and get the divine mercy.

5. An ancient drink was invented, consisting of a mixture of wine and honey, its popularity and the amount consumed by each person are huge. This drink was called mead, by the way, not only the wine was mixed with honey, Scandinavians love to add the honey in the beer.

6. In the eleventh century, honey was so much in price that all German farmers were required to pay their feudal lords only honey and wax.

7. At the time of the origin and development of the American colonies honey was valued even higher. It was used in the preparation of food, drinks, it acted as a preservative for fruits, as a material to polish furniture, it was used for medicinal purposes, and another amazing fact – it was used for the manufacture of cement!

8. It is known that allergy sufferers should eat a teaspoon of honey a day, and it is important for it to be from the same region as a sufferer, it helps the body to develop the resistance to pollen.

9.If you get a burn, a cut or abrasion, mix honey with fish oil and put around the affected area. Wrap it all with a bandage, do it every day, it will contribute to faster and easier healing. By the way, if you have cracked lips – use honey.