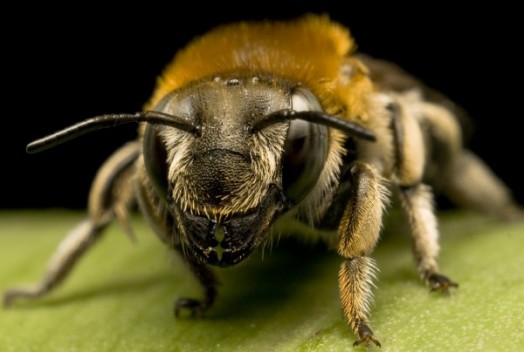 In 1883, Date delivered several communities of giant bees in Germany, but experiments on acclimatization failed. Because of the biological features of the hive outside and propensity to nomadize from one place to another a giant bee domestication is not possible. 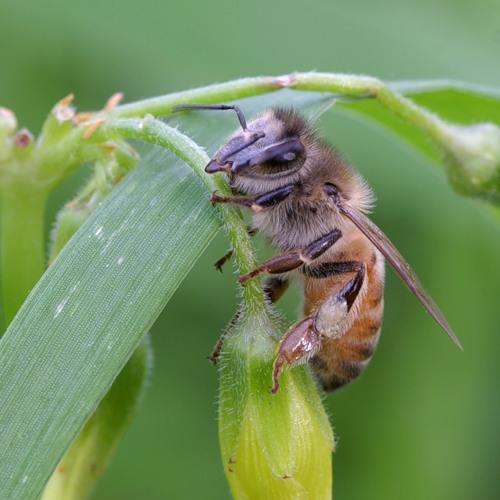 Indian bee . It has a very wide range: inhabits India, the Malay Archipelago islands, Pacific Islands (south of the equator), in China, the Japanese islands, Russia.  Indian bee biology is close to honeybees. It builds in the hollows of trees several vertical parallel combs with cells of three species – the workers, drone and queen cells. Honeycombs have excellent white seal. Just as the honeybee, it is well expressed by the difference between the queen, worker bees and drones. For a number of important features in the structure of hive and behavior it differs from the honeybee. All three stasis of Indian bees – queen, drones and worker bees – in body size are smaller than the corresponding species of honeybee. The cells in the honeycomb of Indian bee (bee, drone, queen cells) are smaller than cells of honeybee. The diameter of the circle described about the Indian bee drone cells, approximately equal to the diameter of the working cell in the honeycomb of honeybee.

In India, China and Japan Indian bee hives are the non-separable and with frameworks. In natural hives of Indian bee in the Far East were found up to 44 or more pounds of honey. These bees have lived near Moscow (Russia) for two seasons (1947-1949), showed great resistance against low temperatures (ability to fly below 0 (32 F) and fly at 4-5 °C (39-41 F). However, because of the propensity for leaving the hive (fly off) and the inability to bring up the  sinus queens their keeping in frame hives is far more difficult than the honey bee. 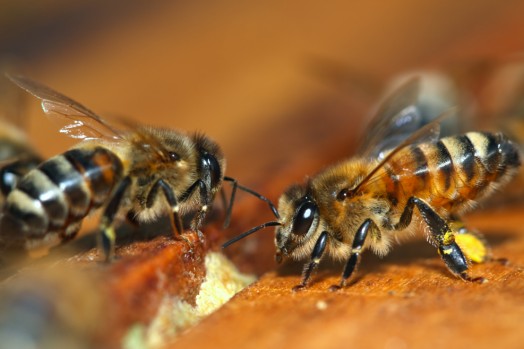 Apis mellifica L. or the honey bee. It is this type has the highest economic value. In contrast to all other insects, these bees are well developed and well organized, they are able to adapt to different climatic conditions and quietly do their work – pollinate the flowers, collect nectar to make honey.

They appeared as a species in India, it was a long time ago. After that, the bees moved to Africa and Europe, even later in America. In Australia this kind of insects is only a half century ago. In Siberia thermophilic bees got in the early 19th century, and that it may be noted are quite well accustomed.

Bees are very industrious creatures – a family of bees can prepare for a day a few tens of pounds of feed. As for the honey, the strong family can bring to the owner more than 300 kilograms (661 pounds) of honey per year. You wonder how many bees are in the bee family ? Plain ordinary bee colony consists of 20-80 thousand workers bees, a queen and a hundred drones. Life of bees is a solid working weekdays, knowingly family consists only of working bees. Major role in the bee family queen plays – without her family is not able to reproduce and live. In summer bee colony is supplemented with males – the drones which spend with relatives one season and then die.

And here are the beautiful pictures of honey bees: 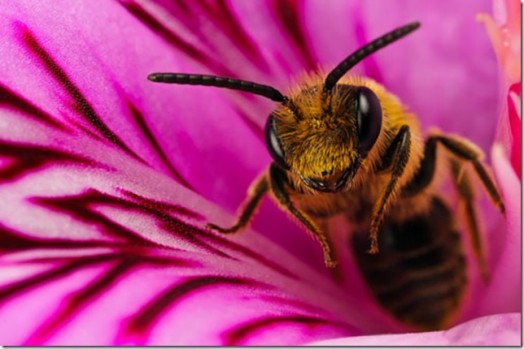 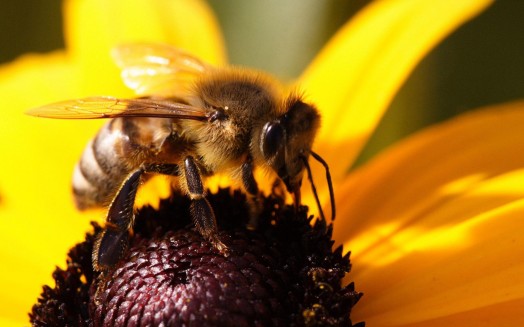 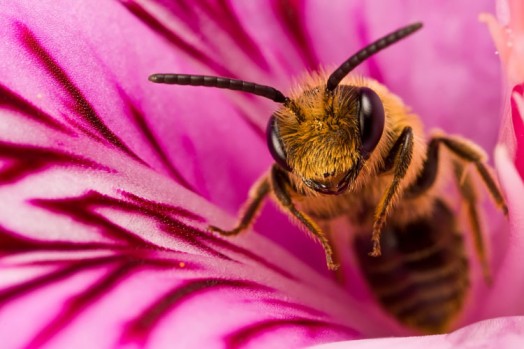 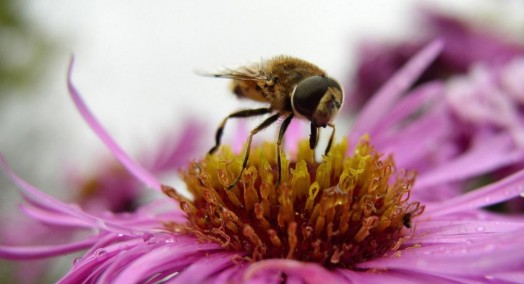 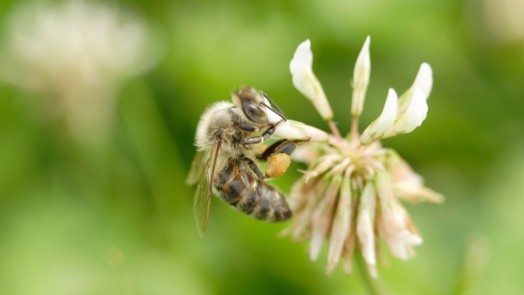 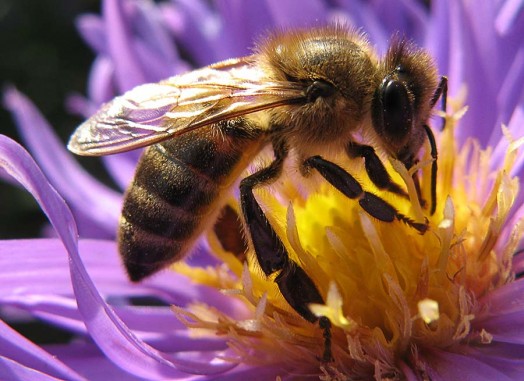 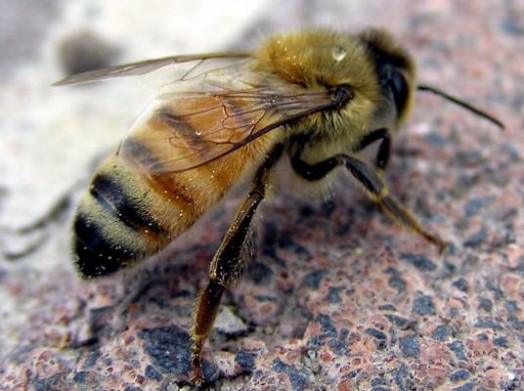 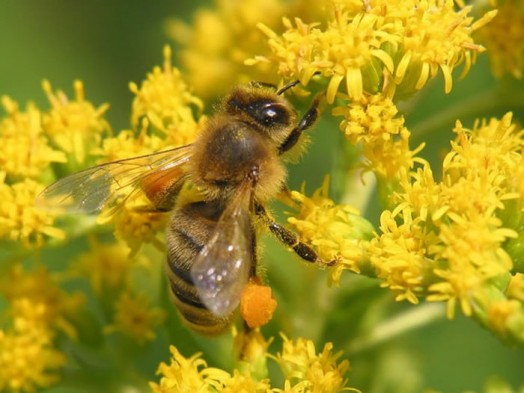 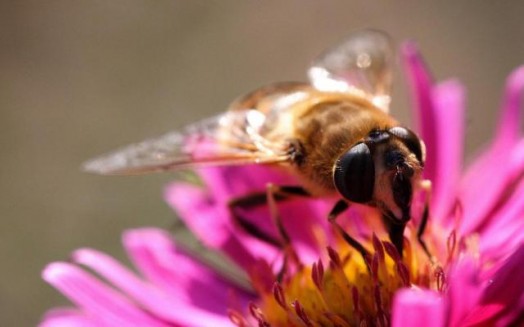 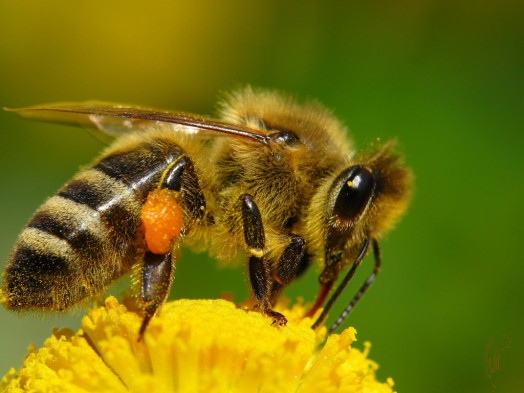 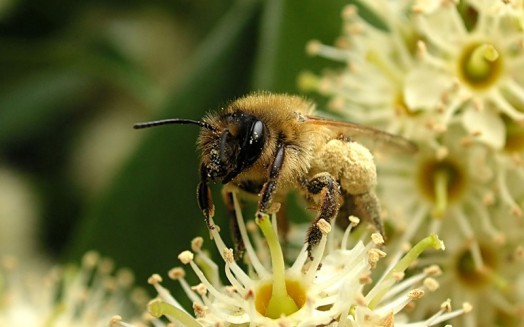 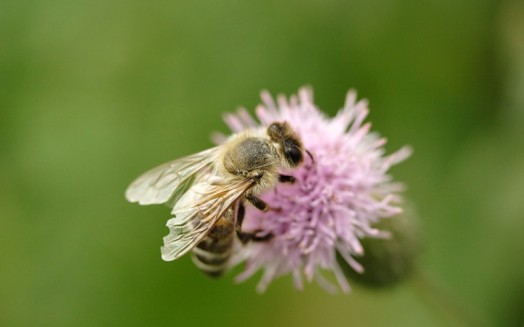 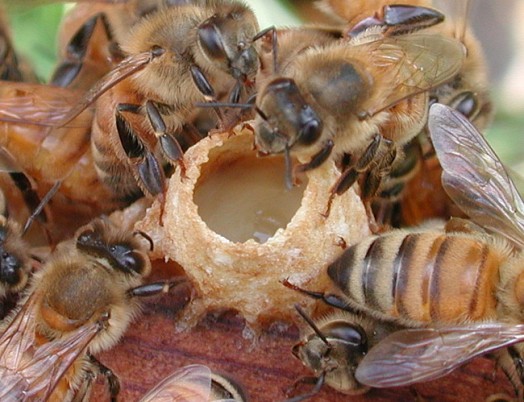 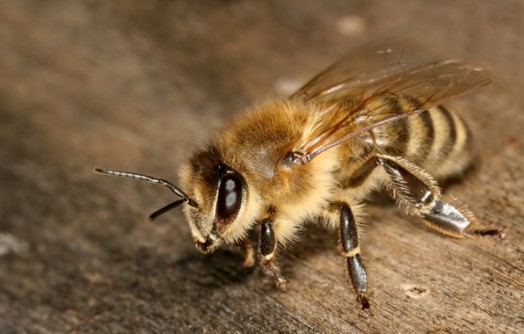 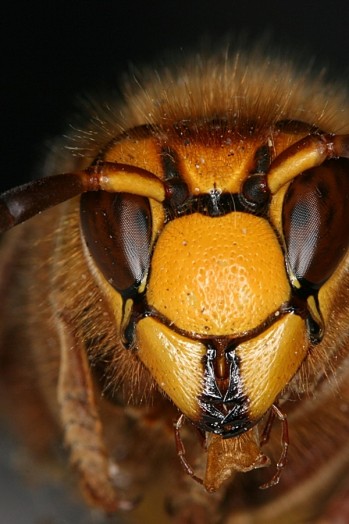