What is a miracle, creamed honey? It is in America and Canada and is sold as the original product, very popular among the children. Cream honey is just honey, whipped by a special technology. Shoppers are excited when they buy a cream honey. It retains the consistency of cream all winter, does not crystallize, more fragrant than the crystallized honey. It is always possible to smear, no need to heat. 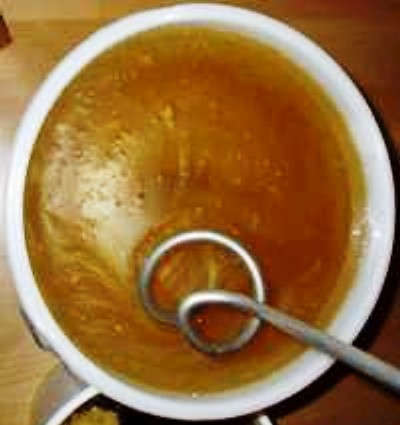 Creating a honey cream – is easily controlled natural process of crystallization. It can be achieved in different ways. The first method, developed in Canada in 1928 by I.J. Deiss, a professor of apiculture in Ontario agricultural college (now the University of Guelph), is the process of Dice. The professor found that the optimum temperature for the crystallization of honey – 14 degrees C (57 F), and that the addition of 5% of the starter (finally crushed crystals of honey) makes the liquid honey granulate. In practice, commercial companies use about 10% of the starter. Mix the starter (crystals) with liquid honey, cool and mix it all a few times a week. After a week or two honey turns into a thick silky mass. Another way – is to shake up the honey. This method has been used by some “the mixers” in Quebec. Liquid honey is placed in a container with a small amount of honey from the previous portion. Using a mixer, you whip liquid honey non-stop for hours at a temperature of 12-14 degrees C (54-57 F).

So we take a little honey (honey which begins to crystallize) just whip for a long – forty minutes or an hour and it turns white honey. People ask, what is it – sugar, or acacia honey, you have to explain. But you get air soft cream with a pleasant smell and taste. 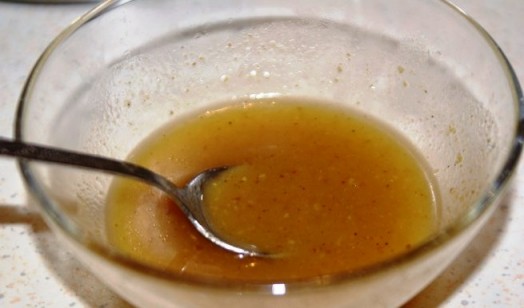 It can be more white, depending on the composition of honey. In small quantities, you can whip up at home with ordinary mixer. For large volumes, it is necessary to have a device, but you can use an ordinary drill, only you should figure out how to fix it, because hands will be tired to keep it for a long time.