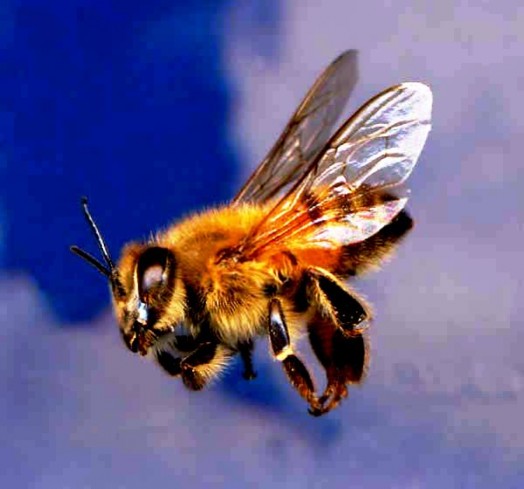 Countries of Central and South America have entomological laboratory, where scientists study African bees, and the diseases they can bring (especially varroatosis).  Several laboratories have specialists from the U.S. and Canada.

In July 1983 there were the first inter-American conference on the problems associated with African bees. About one hundred experts from ten countries of  the region and from the UK and the U.S..

Even earlier, in 1981, with the participation of most of the countries of South and Central America they create a Fund of study of African bees and bee diseases. The task was to stop African bees beyond Costa Rica. But, alas, they continue their move at about 300 km per year. Now they seem to have reached the borders of Mexico.

Besides that African bees have increased aggression, they have an impact on all nature by affecting the pollination of entomophilous crops. There are two aspects: one – is the pollination activity of the African bees and second – their relation to existing or existed prior to their arrival pollinators (European bees, etc.). African bees as pollinators work fine, but in a new location they meet unknown to them before plants, and their activity has some changes. They displace other insect pollinators. This question is being studied in a number of research centers.

It was assumed that the south African bees will not spread further 33-34 degrees south latitude for at least two reasons: first, due to the harsh climatic conditions of the region, and second – here forests become the open plain, where the bees can not find a place to nest: the swarms, which  appeared on the plains of Argentina during the warm season (November – February), died or migrated back north.

However, these predictions have not come true. African bees were more steadfast in the struggle of life.

For example, in 1994, they were found in the western regions of Argentina, in the Andes at an altitude of 2000 m above sea level, as well as south of 40 South latitude, where they should not have reached.

Uruguay has almost everywhere the apiaries with European and African bees, whose family are easily identified by their high agressiveness. In Argentina, there are about 100 thousand African bee colonies of 1 million.

In particular, the farm “Myel Primavera” had 800 families 12 years ago. After the appearing of  African bees in the 2007, it lost 600 families. Since then, about 500 families have been restored, and they give 50-60 kg of honey from the hive, although they gave twice more.

At the same time there are reports that in Venezuela, as in Brazil, some beekeepers successfully work with African bees and honey collection is very high (100 kg or more from the family). Obviously, the reason of reducing the number of hives is due to the fact that with the appearance of African bees diseases quickly spread.

The U.S. are very concerned about African bees. American beekeeping magazine published many suggestions about how to protect themselves from the unwanted visitors. They prompt to install original quarantine zone on the border with Mexico, which would have poison traps. Other, more realistic proposal is to breed barren queens of European bees, give to beekeepers in order to get a hybrids of African bees and to improve them in the desired direction. 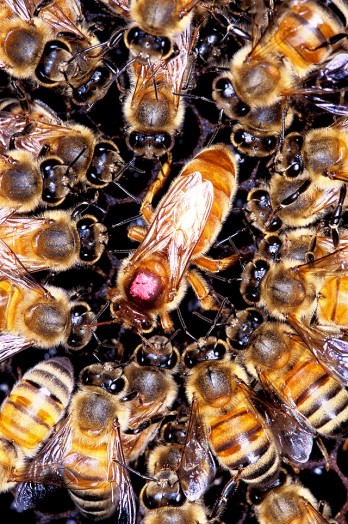 The very real danger of the spread of African bees is the fact that they can be the active disseminators of disease. They can bring varroatosis.

In December 2004, 60 U.S. and Canadian beekeepers visited Venezuela, where, inspecting apiaries, got a lot of interesting information about the African bees. They noted their greater tendency (compared to other bees) to the breeding than to collecting of nectar. Cells they are occupied with capped brood without gaps and they do not have feed stocks. African bees breed many drones, accepting by the families of European bees, but drones of European bees are not accepted by African families. If the apiary has, for example, equal number of European and African bee colonies, 90% of the drones are African. This is because the African bee drones grow in a tropical climate all year round.

African bees attack any dark and moving object in the apiary. Beekeepers who visited apiaries of African bees in Venezuela, reported that their truck was attacked by bees in 30 m before entering.

As an effective deterrent people use vinegar: a piece of soaked cloth drives them away. The smoke does not calm African bees.

The mass-media try to give the real information about the properties of African bees. Association of American honey producers asked to stop to show movies about killer bees, and also recommended the USDA to stop the use of the term “killer bees”.

The problem of the invasion of African bees attracted the attention of the U.S. Congress, it has been prepared a detailed report on the possible consequences of their distribution in the country. The calculation included the expected total damage of possible losses because of reduced production of queens and package bees, honey and wax (due to the reduction in the number of bee colonies and their productivity, the inevitability of quarantine measures), crop losses due to reduced pollination of crops.

The estimated damage is tens of millions of dollars. This does not include losses of industry of producing of beekeeping equipment and tools, as well as the northern areas of beekeeping, which are largely dependent on the production of queens and package bees from the south.

Beekeeping society bitterly jokes that maybe the invasion of African bees will finally affect the government and solve the problem of the price of bee products, at least for the areas that suffer from this invasion.

There are reports that, apparently, it is necessary the tightening statute on liability for damages from bee stings. 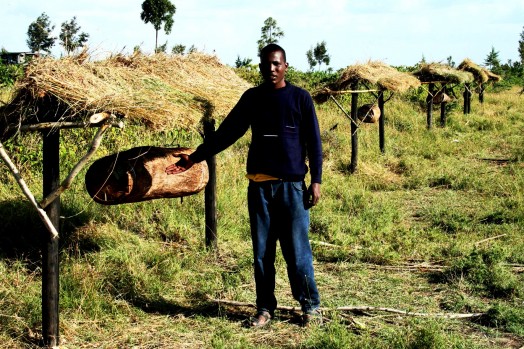 However African (or, as they are called, Africanized) bees are still relatively far from the borders of the United States and Canada. But their impact on the industry is becoming a reality. The first are the southern regions of the United States. There are many farms specializing in the production of package bees and queens, which consumers are beekeepers of the north of United States and Canada, so beekeepers of these northern regions started to find ways to reduce the dependence on the southern farms. In Canada they are making research to increase winter hardiness and productivity of bees.

As you know, Canadian beekeepers order packaged bees from southern USA. Using bees for pollination and honey flow during the active season, they smoke them up to save money on winter feed. Recently, more and more bee colonies in Canada and the northern United States winter. It is considered beneficial because of the rapid increase of the price of bees. In addition, they make this because of the possible emergence of African bees in the southern United States.

Recently, there are reports on the practice of wintering bees in rooms with automatically controlled temperature and humidity. These are, as a rule, ground structures of light insulating materials.

The supply of bees and queens from the south to the north of the United States and Canada can change under the influence of spread of African bees and reduction of the demand for bees and queens.

Finally you need to draw your attention to the fact that the life of African bees is not clear. So you do not believe messages that African bees almost every two weeks make small swarms, attacking the family of European bees, etc.

Indisputable is that African bees should become the subject of intense study in many countries, and they are a very interesting and unique species of bees, as a valuable gene pool.