Categories: All about bees, Bee hive keeping, Bee kits, How to keep bees |

Here we make comparative review of existing designs of houses for bees, their advantages and disadvantages. In ancient times, wild bees settled in caves, crevices of rocks and tree holes. Many thousands of years ago people got honey and wax. 5-6 thousand years ago, people began to build houses for bees.  Bee nests sometimes were ruined.
Beehive – is a special home for the bees. Depending on the system a single hive can include one or more bee colonies. Hives are classified as:
Sealed – skeps, nest boxes. Bees built up their combs, and a person could get inside the nest (eg, to take honey), only by destroying the hive;
Collapsible hives – which in turn are divided into linear, frame (vertical, horizontal, or loungers); 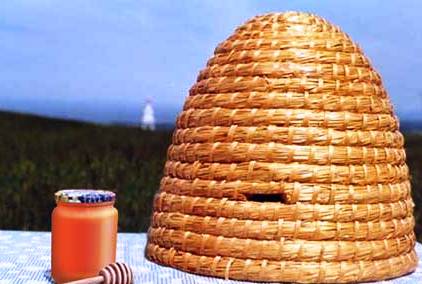 After domestication of insects and breeding of bees in the ancient world they mostly used skeps (India, Greece, Egypt, Armenia). They took honey only from below. There were different designs, in particular, woven of twigs or straw, and inside (and sometimes outside) covered with clay. 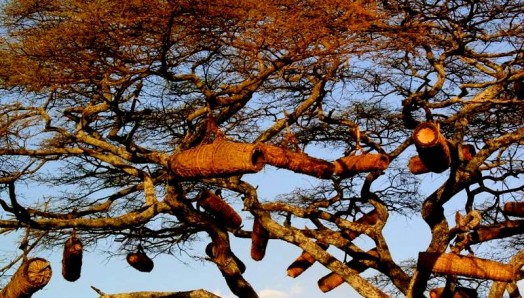 It is a natural hollow or log’s piece with a notch, hanging on a tree. They arranged detachable sleeves and at the top – internal crosses, which served for a better attachment of combs. It should be noted that the beekeeper, as opposed to the hunter for honey, did not kill the bees and not destroyed their home. He took only a part of the comb with honey, leaving supply of food, enough to start the next season.
First, honey collectors tried to find trees with inhabited by bees hollows to use them in subsequent years to collect honey and beeswax. Then they began to make themselves suitable hollows in trees or in the logs, which were fixed on the tree.
The man-made boards were placed in 4-12 pieces on the same tree. They protected bees from bears. For protection from destroyers, they built various barriers. 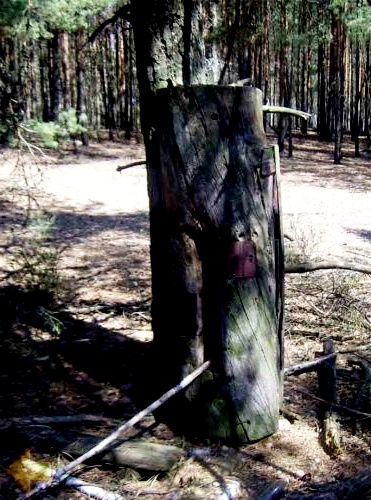 Then beekeepers began to move the bees out of the woods in the vicinity of towns and villages. To do this, they built for the bees the deck. Development of farming, livestock and intensive deforestation also contributed to this. Bee nests were placed on a prepared timber apiary.
Deck was made of thick logs up to 1.5 meters, the inside was hollowed out and they made the hole for insects. And also they used it to inspect the bees and take honey.
The upper part of the deck was called the “head”, and the lower – the “heel”. Inside they secured crosses to the head, on which bees built cells. They set the deck of the land or timber, covered the top with bark or made thatched roof.  The work consisted of catching of a swarm and breaking of honey combs from below in the summer.
Some people used instead of bulky packs, more light, made of planks or round nest boxes.

For the construction of cities and sales abroad there was a mass deforestation, which accelerated the movement of honey bees in the villages. However, this has not led to the increase of honey collection. 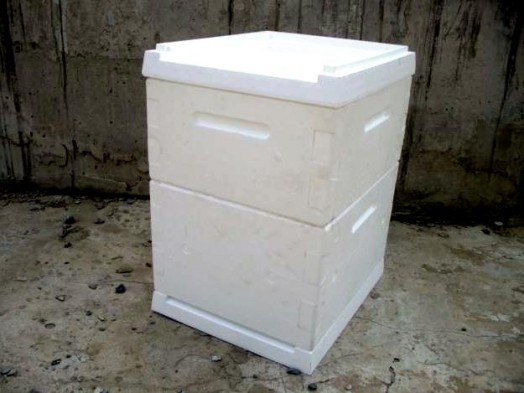 The main advantages of frame hives are usually specified on the basis of the inability of bees to live independently without human and the desire to quickly collect the honey for sale, for example :
you can at any time see all of the nest;
you can remove debris from the hive;
you can rapidly increase the hive to collect more honey;
you can treat bees;