Honey, we buy in the shops – is a product produced by bees (although, for example, bumble bees also produce honey). Honeybees make wax honeycombs in nooks, such as tree holes. Bees can live and in special hives that are building for them by beekeepers. Beekeepers take honey from the hive, stored by bees in the cells. From 20 to 60 thousand bees live in each hive. Take a look at roles in the hive: a queen, the only purpose of which is to lay eggs, a few drones (males), and tens of thousands of worker bees (all are females). Most young worker bees, a few days old, clean the hive and feed the larvae, newly hatched from eggs. At the age of ten days, the worker bees begin to take the load of food that is delivered to the hive by other bees called field bees. 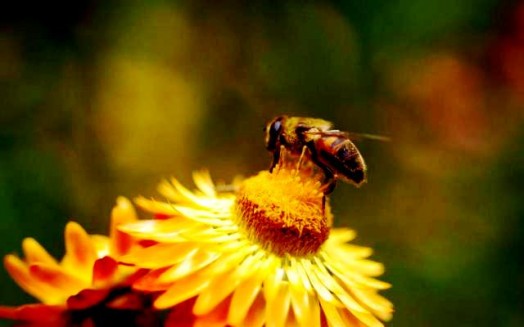 Some field bees perform more skilled work – they are the scouts. Scouts look for the sources of food (pollen and nectar). When they find the right flower, then return to the hive. In the hive scouts perform complex dance that explains the direction and distance to the site.

Honey is made from sweet flower liquid, called nectar. 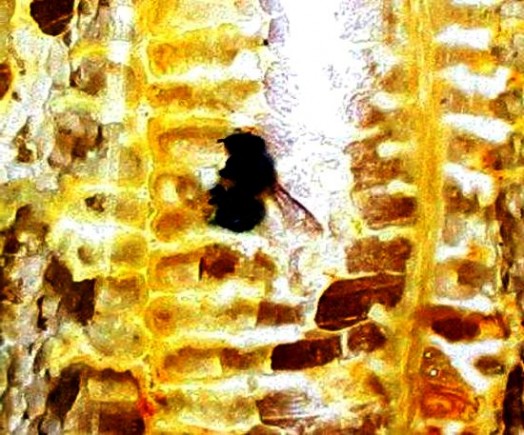 There is 80 percent of the water in which the solution of complex sugars. It is a clear liquid coming out of a flower, when it is torn from the cutting. In North America, bees collect nectar from the clover, dandelions, fruit trees and berry bushes. Bees suck nectar from flowers with long rolled-up tongue. Bees have two stomachs – one for their own food, the other for storing nectar. Bees bring nectar to the hive in the second stomach. To fill the stomach with nectar, the bee should visit 1000-1500 flowers. Nectar stomach capacity is about 70 milligrams. But this is almost equal to the weight of a bee. By the time of the return to the hive bee is fully loaded with sweet nectar. 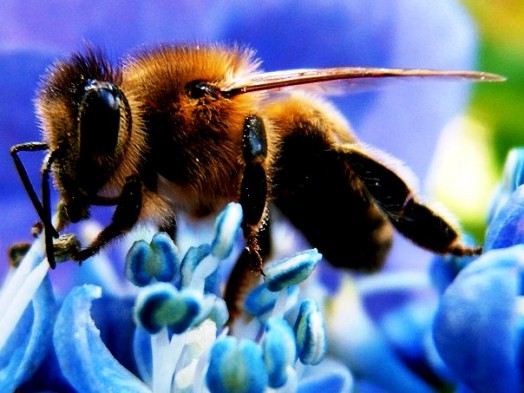 When a field bee returns home, it gives the nectar to worker bees, which suck the nectar with their tongues out of the mouth of a field bee. Sometimes nectar is food for larvae and adult bees, but more often it is used for honey.

How is it done? First, the worker bees is chewing nectar for half an hour as we chew gum. Bee saliva enzymes slowly break down complex sugars in the nectar to simple ones. This helps to make the nectar easily digestible and prevents it from spoiling by bacteria, when it lays in store. Bees put the treated nectar in the cell.

The water from the nectar slowly evaporates and forms a thick syrup. To speed up the drying of the nectar, the bees blow it with the wings, using them as a fan. When the syrup in the cells reaches the desired consistency, thickens, then this is honey. Bees seal with wax cells with honey. White wax flakes are extracted from wax glands.

Eggs, laid by the queen, have different destinies. From unfertilized eggs male larvae hatch, from which drones grow, from fertilized eggs – females, that if they get enough food, grow into worker bees. Finally there is one larva that fed with royal jelly (nutritious substance produced in special glands of honeybees), the queen grows out of it. 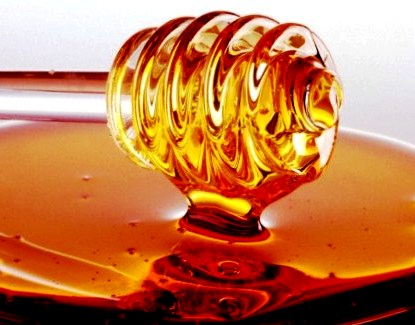 Honey is stored in reserve and used in food. During the year, a colony of bees eats between 120 and 220 pounds of honey. Naturally, they prepare honey for themselves. But the smell and the taste of honey attracts a lot of animals – from bears and wild boars to the ants. The man also has a strong desire to eat honey, spread it on bread or mix with hot tea. It is used even for wax candles of the highest quality.