Produced by bees, bee pollen is used in food. Rather, as a biological supplement bee pollen can help someone to improve the health and can harm as bee pollen has contraindications.

Reception of bee pollen should be integrated with other bee products, such as the reception of honey with pollen.
The benefits of bee pollen for the body are huge! Below, we will try to consider the most important things about bee pollen, by the way, we speak a little about ambrosia, carefully packed in honeycomb by bees. 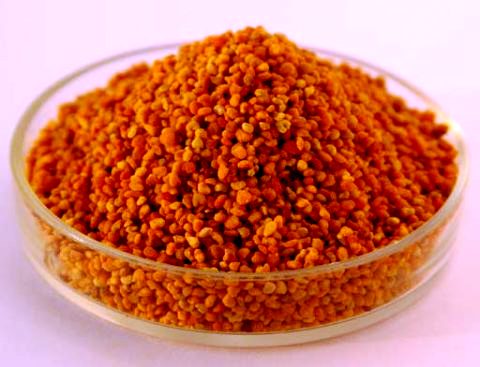 We talk a little about bee pollen health benefits. First of all,  bee pollen is important for children. It strengthens the growing child’s body. It helps primarily when they have dysplasia, and mental retardation.

You can feed children from the spoon. If suddenly, the child refuses to eat it, bee pollen can be given with butter, honey, sprinkle it on the food, that the child likes and give 15-20 minutes before breakfast or lunch. Daily prophylactic dose of bee pollen for children is 1-2 teaspoons.
Bee pollen also has contraindications. First of all, because it may have an allergic reaction. Usually in such a case you can see hives on the skin, nasal allergies, headaches, dizziness and other distinctive features.
To reduce the chance of a possible allergic reaction, it is advisable to take pollen with other products: honey, bread, water, with eating, drinking. 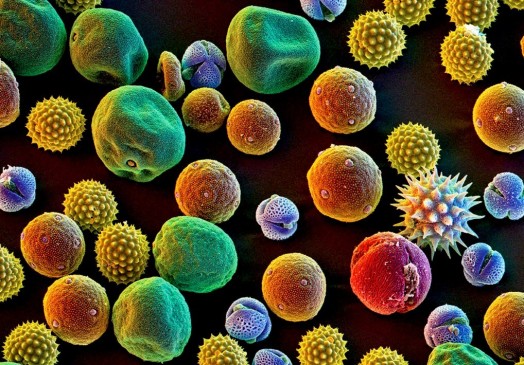 Rutin reduces the permeability and fragility of capillaries, prevents bleeding, reduces blood clotting, strengthens capillary walls, reduces blood clotting, increases the contraction of the heart muscle.
Phospholipids are part of the semi-permeable membrane of cells of the human body, selectively regulate the flow of ions, taking an active role in metabolism.
Phytosterols of bee pollen is an antagonist of cholesterol, which make a bee pollen the antisclerotic drug.
Bee pollen is rich with various volatile production, which helps the body to cope with a variety of infections. 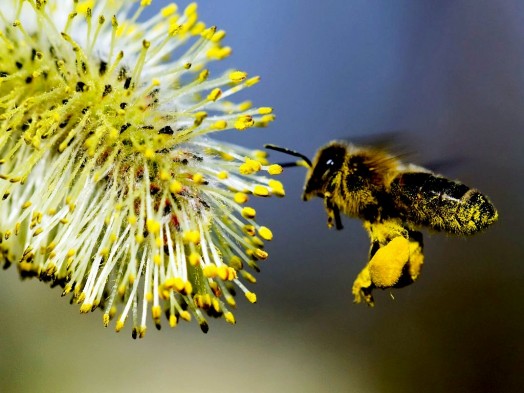 To learn how to extract pollen, what pitfalls can be found and how to buy it – read the article about bee pollen here. 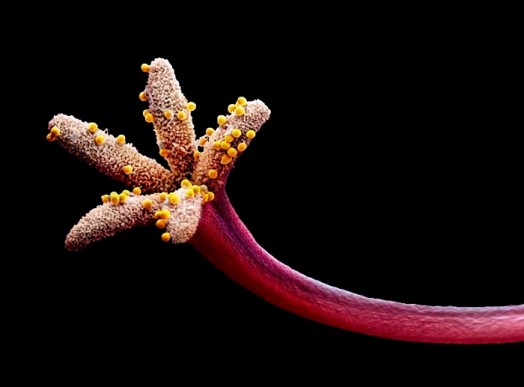 Geranium pollen particles are thousandths of a millimeter, but their romantic adventures are ambitious. Only a few  golden pollen grains from the tens, which made it safely to the stigma of the flower geranium (Geranium phaeum), will participate in fertilization. (Martin Oeggerli) 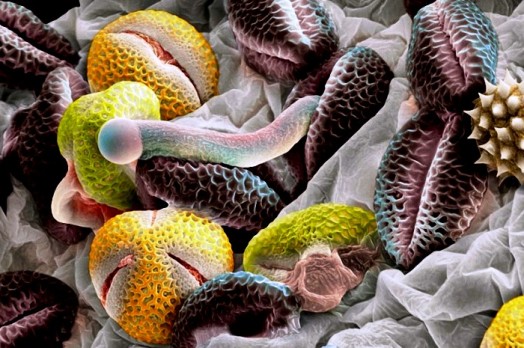 Hidden in the folded surface of the flower stigmas viburnum (Viburnum tinus), pollen particles (gray), who arrived from neighboring flowers are swelled from moisture. Out of one of them (in the center) is already growing the tube that will supply semen. Pollen from other species (yellow and green) came here by mistake, genetic protection mechanism will not allow them to participate in fertilization. (Martin Oeggerli) 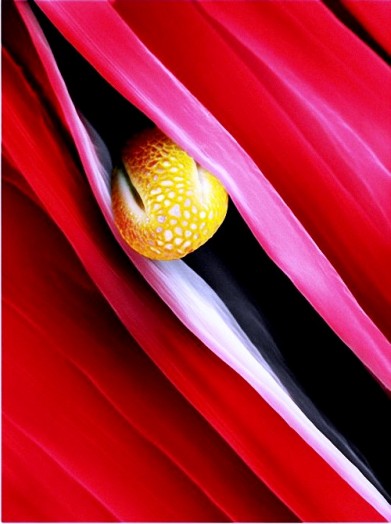 Seed flower of willow (Salix caprea) did not achieve its goal. Stuck between the petals, it will die. Part of the pollen rises in the air, when the leaves of willow will be moved by the spring wind, and some particles bee will bring on themselves. (Martin Oeggerli) 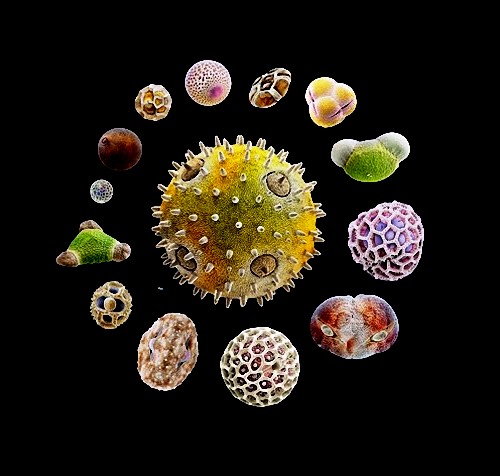 Pollen comes in many shapes and sizes. Pumpkin flower pollen particle (center) – has the thickness of a dollar bill. For comparison, the grain at the bottom right – is forget-me-not pollen. (Martin Oeggerli) 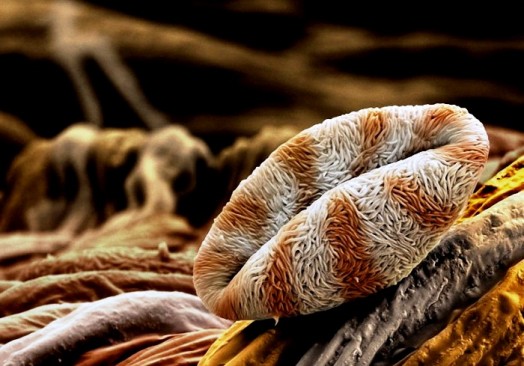 Due to the winding surface of pollen quince (Chaenomeles), moisture is absorbed faster when the pollen grain reaches the flower. “The faster hydration, the faster  pollen tube is formed- explains the Swiss photographer Martin Oeggerli, a researcher at the Hospital of University of Basel. – It is very important for fertilization.” (Martin Oeggerli) 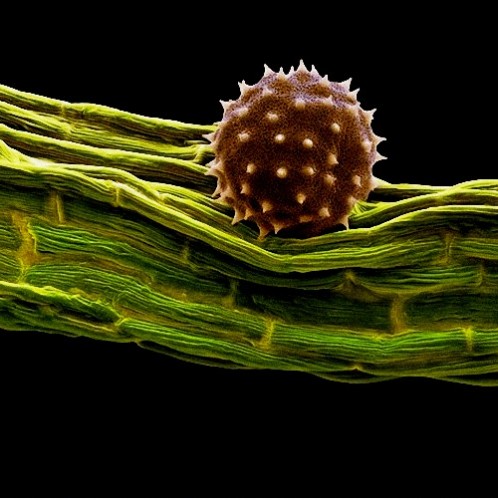 Thanks to special thorns, pollen of Indian mallow (Abutilon pictum) can move on the feathers of birds. (Martin Oeggerli) 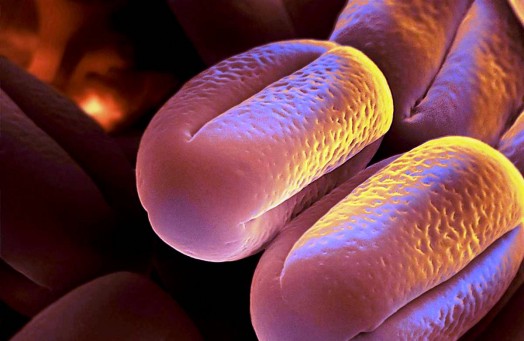 Protein-rich pollen of white clover (Trifolium repens) – is a favorite dish of bees, together with its nectar. (Martin Oeggerli)