In the last few years social activism in environmental issues has increased. People began to react badly to the facts of the chemical and physical contamination of areas of their life. And also people do not always have objective information about the facts and the boundaries of environmental violations. Often this is due to technical or administrative problems. 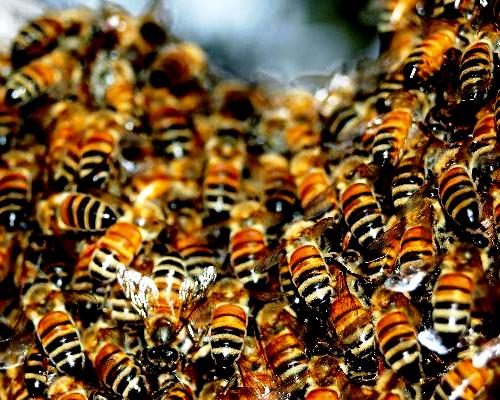 However, the number of countries use live indicator system of environmental monitoring – a family of bees. We know that in the active period of life bees visit honey plants, growing in area of 12 square km. They bring in the hive different chemical and physical pollutants along with nectar, pollen and propolis. Appearance of pollutants in the family affects the overall productivity and viability of bees, their disease resistance, the ability to winter safely.

Rapid and massive reaction of bees to environmental degradation in the area of their pollination activity is a kind of tool to guarantee the reliability of biological control of the environment. What are the main factors of the adverse effect on the life of bee colonies? In our view, they can be divided into four main groups.

The first group – man-made pollution of industrial emissions – toxic heavy metals and metalloids, chemicals, radionuclides, etc. The solution to this problem is possible only at a high administrative level – through rigorous operational discipline and high civic awareness of management, in case of the presence and operation of the special filtration and removal of industrial emissions. Their eradication is not really feasible without a nation-wide approach.
The second group – chemical pollution of entomophilous plants with pesticides. We need a proper system of relationships between the Plant Protection Service and beekeepers. Often farmers pollute fields, orchards and forests during the active collection of nectar by bees, without prior notification of the local beekeepers. The result is a massive poisoning and death of flying bees, and survivors often have nectar and pollen, contaminated with pesticides, which later in the winter become a cause of death of entire families.

Admittedly, the use of pesticides successfully fights pests, but at the same time, it is not clear why the management of farms do not think about another powerful factor in increasing the productivity of agriculture – pollination. Using chemicals, people do not always show the normal understanding of the problem, do not take measures to organize technology and timing of protective measures. Apparently, this problem can and must be solved at the level of the regional administration by personal alert of beekeepers about preparing treatments of farmland.

The third group – the impact of different chemical veterinary drugs, used directly in the hives. It is recognized now that the most effective treatment and prevention of diseases of bees is chemotherapy.  There are other ways to impact on disease agents, including the use of various plants in their natural form or in the form of infusions, decoctions, and another tools. 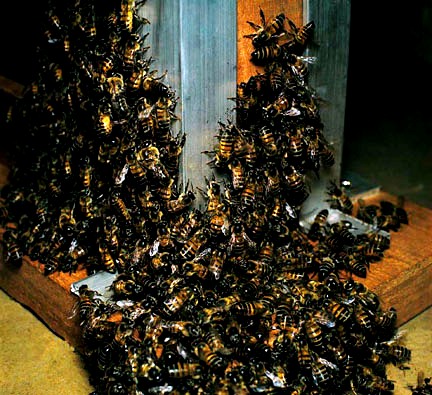 Problems arise only in connection with the fact that in some cases, beekeepers are inattentive to the recommendations of experts or intentionally violate them, hoping for a significant therapeutic effect. In addition, in some regions people often sell drugs that are not tested in specialized laboratories, not approved in the prescribed manner and not having the “Registration Certificate”. In this event, they upset the balance between therapeutic benefit and safety of the use of chemicals. Thus, beekeepers themselves create environmental problems, producing  poor quality bee products, which then are either in feed stocks of wintering bees, reducing their hardiness until death, or on the tables of people, waiting for medical and dietary properties, hoping to improve health. Unregulated use of drugs can lead to accumulation, residues of unauthorized substances in bee products. They can cause significant damage, particularly if their concentration in the bee comb reaches a level toxic to the brood. This problem can be solved.

In connection with the transgenic plants there is a problem of bee products. According to EU regulation 49/2000, food containing less than 1% of genetically modified ingredients do not need a test. Honey contains 0.1% of pollen and therefore does not require the test for the presence of transgenic products. However, it ignores the possibility of getting them out of the nectar. Studies, conducted in Germany, showed the possibility of getting of transgenic products into the honey in a different way. 10 samples of six stamps specially prepared bees feed, where as a protein source they added soy flour, they detected in 5 samples genetically modified materials within the permissible limits (less than 1%). Microscopy centrifugal precipitation of 389 honey samples showed the presence in 23 (5.9%) samples of typical soybean fragments in the form of “fish scales”. After further study, they found transgenic material in 11 of 19 samples. There are questions about the impact of transgenic products on the degree of maturity of flower honey, its indicators invertase, diastase (amylase), sugars. People need to study the pollen and ambrosia for the presence of transgenes, particularly in the areas of use of transgenic plants, pollen, which is used to feed humans and bees, bumble bees. We need to stude the impact of transgenic products on propolis, royal jelly, bee venom and beeswax, widely used in medicine. World experience shows that farms often sow the seeds of cheap fodder transgenic corn (maize), which are not intended for use in food products. In addition, transgenic crops impact on the reproductive properties of queen bees.

Maybe that’s why there is a sharp drop in the number of bees in recent years, they simply can not be born, because the only source of their birth – the queen – is losing the ability to lay eggs. 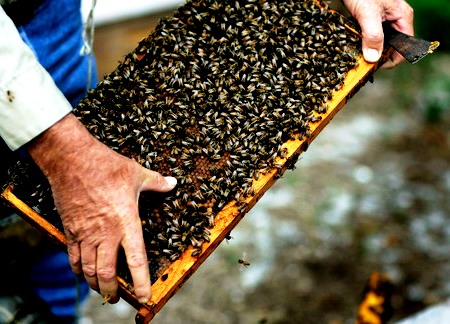 In conclusion, it is worth noting that the bees are influenced by environmental pollution, they first face the problems of survival in adverse conditions. People are the second ones, and it is the time to understand it. The crisis of ecology is constantly approaching. The main task for today – to keep what we have.